Kane Gamble was previously head as Cracka and led the hacking group Crackas With Attitude / CWA. Kane used to have many people in his discord chat, he along with other prominent members of CWA were at the time only children and were extremely polite along with a humanistic approach to the problems in our world. They were also trolls (who isn’t?) and he gave me an unique “dunce” role within his chat. Kane, along with his British friends faced legal proceedings in the United Kingdom whereby a British Judge defined him as the leader of Crackas With Attitude. 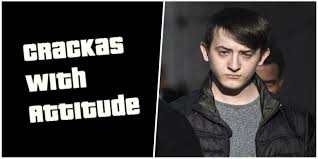 In 2015 and 2016, Kane hacked into the accounts of a multitude of government officials within the USA such as the CIA director John Brennan and Director of National Intelligence, James Clapper. This is in addition to hacking into a few government portals. The message “I OWN YOU” was made to appear on the home TV belonging to Jeh Johnson, secretary of USA Homeland Security.

Kane was sentenced to two years prison where he resided at Belmarsh. Upon release from prison he was prohibited from using the internet as was banned via a court order from using anything connected to the internet until 20th April, 2020. He was eagerly waiting until midnight watching the minutes pass by for when he was able to use the internet again.

Since his release from prison, Kane has said he is concentrating on a cyber security career and  has already received bug bounty awards from messaging apps as well as a mobile phone network.

Below article is from opfreeanons.com August 25, 2018

Recently, a British teenager was sentenced to two years in prison for his hacks against various top ranking officials in USA.  Kane Gamble (chat name Crackar and founder of Crackas With Attitude performed a serious of extraordinary attacks (listed below).   The Crackas With Attitude group were loosely associated with the Anonymous Collective, one of the admins explaining on AnonUKRadio that his actions were direct response for USA making laws against the homeless.  This interview was with “Derp” who has luckily had a very light prosecution and is at home, whereas his counterpart Kane is in prison.

Mark Giuliano, USA FBI Deputy DIrector
Kane was able to access private information.  Information was posted in Twitter.   Mr. Giuliano being a target via his mobile phone,  his wife also was a target upon retreats to her spa as Kane requested alarm calls for various times

James Clapper – Former director of USA National Intelligence
Kane hacked a Linkedin account and the private email of Mr. Clapper as well as Mrs. Clapper.
All phone calls were diverted to the Free Palestine Movement.

John Holdren – USA Office of Science & Technology Director
Crackas With Attitude were reportedly responsible for “swatting”, making a hoax call to police in order for police to attend and alarm the occupants of the home.

These are extraordinary hack attacks made by a 15 year old British teenager against high ranking administrative officials within USA.  What makes the attacks more extraordinary is that they did not involve any form of computer hacking in compromising computer security.  All the attacks listed above happened through what is called ‘Social Engineering’ which is a fancy term for lying.
Kane pretended to be various different people in order to perform the hacks listed above.

Before sentenced to two years in a young offenders institution, Kane received a bug bounty from an international mobile phone company as various weaknesses were pointed out in the security. This was for a security flaw – enabling server to be compromised. (Kane studied cyber security also).

The media has portrayed Kane in a bad light, describing his attacks as terrorising cyber crime.  The media has not explained that the attacks were a political demonstration and in response to what Kane perceived to be injustices within USA.  This was in respect of USA passing laws against the homeless and its draconian war like stances and free Palestine movement.

As with most hacktivists, by the time the court case starts (a 3 year wait in the case of Kane), they have realised the implications of their illegal activity and wish they could turn back time.  Unfortunately it is too late and the wheels of prosecution are set in place, often persecuting the alleged hacker even before a court trial begins.

Crackas with Attitude chat rooms have closed, albeit a smaller chat exists and created by someone else who is yet to be prosecuted by the UK authorities.  The chat purely exists around social and matters of cyber security.

Kane Gamble is not a beneficiary of freeanons.   When asked if he wanted any help (prior to his sentence) he declined.   The purpose of this article is to highlight the reasons as to what motivated Kane to do what he did in addition to showing yet another hacktivist who should ideally be offered a job, but instead is punished in prison.

Obviously, opfreeanons.com is unable to contact Kane but is in contact with one of his friends.  If it is decided to appeal his prison sentence, we will fundraise and provide a direct link to his fundraising page so that donations can be made.