Home Anonymous Operations OpNewBlood We are Anonymous – The Creed
Facebook
Twitter
Pinterest
WhatsApp
1. Anonymous is an immaterial idea
2. Anonymous is a living, breathing, entity
3. Any individual can become Anonymous
4. Not all can join the collective
5. Anonymous has no head
6. Anonymous speaks for itself
7. No one speaks for Anonymous
8. Justice is the will of Anonymous
9. Chaos is justice
10. Lulz empowers and justice unites
Those who follow ‘The Creed’ are Anonymous. Those who make the attaining of knowledge their highest priority, are of the
collective – Anonymous
We are Anonymous
We are order and chaos. What we protect, we also destroy
We are the snake with no head, whose bite slays kings
We are logic
We are animals
Openly just and immeasurable in cruelty
We are without Count
We are Legion
We do not Forgive
We do not Forget
Expect Us! 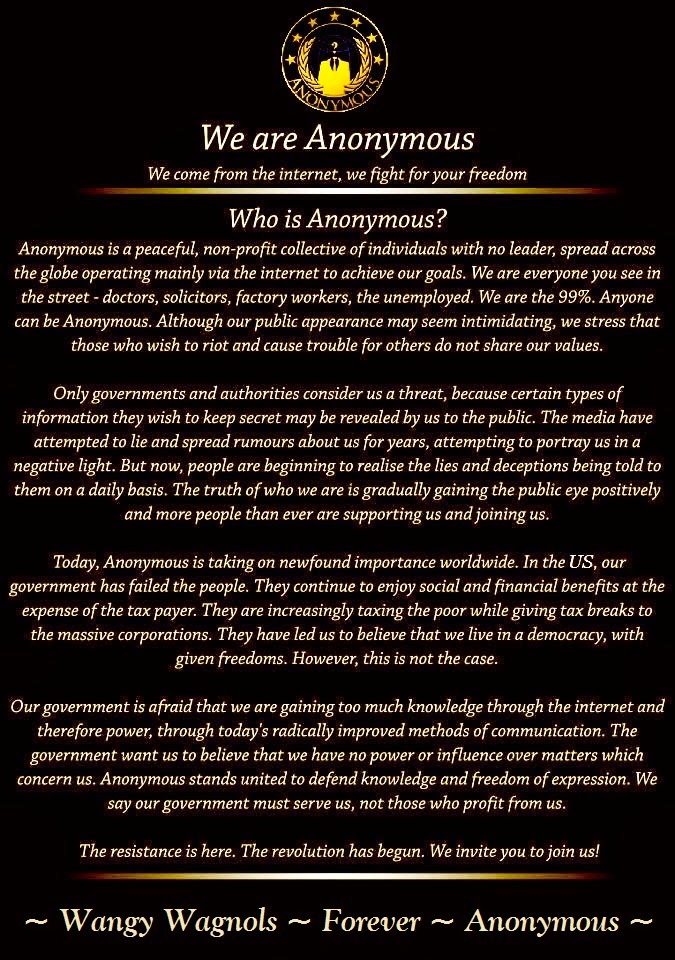 What are you doing to help make the world a better place?