Anonymous gained worldwide press for Project Chanology, the protest against the Church of Scientology.

On January 14, 2008, a video produced by the Church featuring an interview with Tom Cruise was leaked to the Internet and uploaded to YouTube. The Church of Scientology issued a copyright violation claim against YouTube requesting the removal of the video. In response to this, Anonymous formulated Project Chanology. Calling the action by the Church of Scientology a form of Internet censorship, members of Project Chanology organized a series of denial-of-service attacks against Scientology websites, prank calls, and black faxes to Scientology centers.

On January 21, 2008, individuals claiming to speak for Anonymous announced their goals and intentions via a video posted to YouTube entitled “Message to Scientology” and a press release declaring a “War on Scientology” against both the Church of Scientology and the Religious Technology Center. In the press release, the group states that the attacks against the Church of Scientology will continue in order to protect the right to freedom of speech and end what they believe to be the financial exploitation of church members.

On April 2, 2011, Anonymous launched an attack on the media giant Sony, named op sony, as a part of Operation Payback. Anonymous claims the attack a success after they took down the PlayStation Network and other related PlayStation Websites. Anonymous’ actions also included personal harassment of employees and their families. The PlayStation Network subsequently has had lengthy outages, although Anonymous claims that this is not due to any officially sanctioned action on their part, but may be due to sub-groups of Anonymous.

The reason why Hotz and Egorenkov did that follows on from Sony’s decision to remove the system’s Other OS feature, which enabled the use of Linux. While the pair has earned respect for their research and technical skills, they had also gained the attention of Sony’s legal team. With the lawsuit against Hotz this attracted the attention of Anonymous. They claimed that Sony was breaching the free speech border, and this was the reason for their actions.

On the weekend of February 5 & 6, two thousand and eleven Aaron Barr, the chief executive of the security firm HB Gary Federal, announced that his firm had successfully infiltrated the Anonymous group, and although he would not hand over details to the police, he would reveal his findings at a later conference in San Francisco. In retaliation for Aaron Barr’s claims, members of the group Anonymous hacked the website of HB Gary Federal and replaced the welcome page with a message stating that Anonymous should not be messed with, and that the hacking of the website was necessary to defend itself. Using a variety of techniques, including social engineering and SQL injection, Anonymous also went on to take control of the company’s e-mail, dumping 68,000 emails from the system, erasing files, and taking down their phone system. The leaked emails revealed the reports and company presentations of other companies in computer security such as Endgame systems who promise high quality offensive software, advertising “subscriptions of $2,500,000 per year for access to 0day exploits”.

Among the documents exposed was a PowerPoint presentation entitled “The Wikileaks Threat”, put together by HB Gary Federal along with two other data intelligence firms for Bank of America in December. Within the report, these firms created a list of important contributors to WikiLeaks; they further developed a strategic plan of attack against the site. As TechHerald explains, “the plan included pressing a journalist in order to disrupt his support of the organization, cyber attacks, disinformation, and other potential proactive tactics.” The report specifically claims that Glenn Greenwald’s support was key to WikiLeaks’ ongoing survival.

On February 16, 2011, the group supposedly wrote an open letter to the Westboro Baptist Church, stating: “Cease & desist your protest campaign in the year 2011… close your public Web sites. Should you ignore this warning… the propaganda & detestable doctrine that you promote will be eradicated; the damage incurred will be irreversible, and neither your institution nor your congregation will ever be able to fully recover.

On February 19, 2011, the church responded, telling Anonymous to “bring it on” and calling them, among other things, “a puddle of pimple-faced nerds”. Anonymous subsequently denied the authenticity of the threat, suggesting that someone from outside Anonymous had made the posting. Due to their website being openly editable by anyone, it is unknown who made the post at this time. Anonymous responded with a press release calling the Westboro Church “professional trolls” stating that they believe that it was a member of the Westboro Church making an attempt to provoke an attack, thus acting as a honeypot which would both allow the church to retaliate against Internet service providers in court, and to gain it further publicity.

Eventually Anonymous got in contact with people at The Mozilla Foundation, Developers of Firefox, for them to authorize a developer signer certificate for “The Honey Pawt”, a Tor Button that Anon created to funnel all ORIGINATING traffic to our forensic logger.

On October 26th, 2011, the certification was passed of the modified Tor Button “The Honey Pawt”, which was used to track users accessing the “HARD CANDY” and “Lolita City” Tor Hidden Onion sites.

The operation was a success. A total of 190 unique IP’s and users were identified in the 24 hour time frame, from when the Honey Pot was made available on the Hard Candy section of The Hidden Wiki.

In retaliation for the shut down of the file sharing service Megaupload and the arrest of four workers, Anonymous DDoSed the websites of UMG (the company responsible for the lawsuit against Megaupload), the United States Department of Justice, the United States Copyright Office, the Federal Bureau of Investigation, the MPAA, Warner Brothers Music, the RIAA, and the HADOPI on the afternoon of January 19, 2012. The operations by Anonymous were speculated to have been driven further by anger over the House of Representatives’ Stop Online Piracy Act (SOPA) and the Senate’s Protect Intellectual Property Act (PIPA).

On April 2, 2013, a professional IT webzine BGR carried out an article stating that hacker group Anonymous has started the Operation Free Korea. This calls for controversial leader Kim Jong-un to resign, install free democracy, abandon its nuclear ambitions, uncensored Internet access, etc. The hackers also proclaimed that if North Korea do not accede to their demand, they will wage Cyber War.

On April 3, 2013, the hacker group identifying itself as Anonymous claimed it had stolen all 15,000 user passwords as part of a cyberwar against the DPRK.

Instead, a picture posted Thursday on the North’s Flickr site shows Kim’s face with a pig-like snout and a drawing of Mickey Mouse on his chest. Underneath, the text reads: “Threatening world peace with ICBMs and Nuclear weapons/Wasting money while his people starve to death.

On June 22, 2013, Anonymous claimed that it managed to steal military documents from North Korea, and that the documents would be released on June 25, the day the Korean War started. However, no such documents appear to have been released.

ISIS, We will hunt you, Take down your sites, accounts, emails, and expose you.
From now on, there’s no safe place for you online.

You will be treated like a virus, and we are the cure.

We own the internet.

As of February 10, at least 800 ISIS-affiliated Twitter accounts have been brought down by Anonymous. Within three days of the operation, 1,000 ISIS websites were brought down.

The collective eventually came through with their promise, and published all this information to Paste bin, which includes the following: Google plus pages, blogs, articles mentioning key members, where they work at, Facebook profiles, and groups.

On March 27, 2016, hackers under the banner, Anonymous Philippines hacked into the website of the Philippine Commission on Elections (COMELEC) and defaced it. The hackers left a message calling for tighter security measures on the vote counting machines (VCM) to be used during the 2016 Philippine general election in May 9. Within the day a separate group of hackers, LulzSec Pilipinas posted an online link to what it claims to be the entire database of COMELEC and updated the post to include three mirror links to the index of the database’s downloadable files. The leaked files by LulzSec Pilipinas amounts to 340 gigabytes.

The COMELEC website returned to normal at 03:15 PST time on 28 March 2016. COMELEC spokesperson, James Jimenez, stated on his Twitter account that, as they continue to scour the site, all databases would remain temporarily off.

Paul Biteng, a 20-year old information technology IT graduate and one of the hackers of the COMELEC website was soon arrested by National Bureau of Investigation (NBI) agents.

The incident was considered the biggest private leak data in the Philippine history and leaving millions of registered voters at risk. 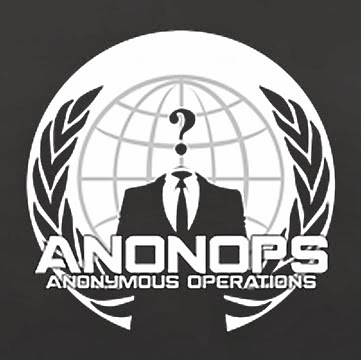